On Wednesday, 22 September 2021, during the National Climate Change Awareness Week, His Excellency Mr. Cao Xiaolin, the Ambassador of the People’s Republic of China handed over 500 water tanks to the Hon. Pohiva Tui’onetoa, the Prime Minister of the Government of Tonga.

The five hundred water tanks have been installed in Tongatapu, ‘Eua and Vava’u. Today, the 14th October 2021, His Excellency Mr. Cao Xiaolin and his team from the Chinese Embassy’s office in Tonga, Mr. Paula Ma’u , CEO for MEIDECC, Lu’isa Tu’i’afitu Malolo, the Director for Climate Change and her team from Department of Climate Change as well as Mr. Rajnesh Reddy, the water tank supplier inspected the water tanks that were installed in Tongatapu.

Mr. Ma’u acknowledges and appreciates the generous contribution from the Dongguan Water Affairs Bureau and the Ambassador of the People’s Republic of China to Tonga. The inspection started from Hofoa and Puke and will continue on to communities in Eastern and Central districts in Tonga. 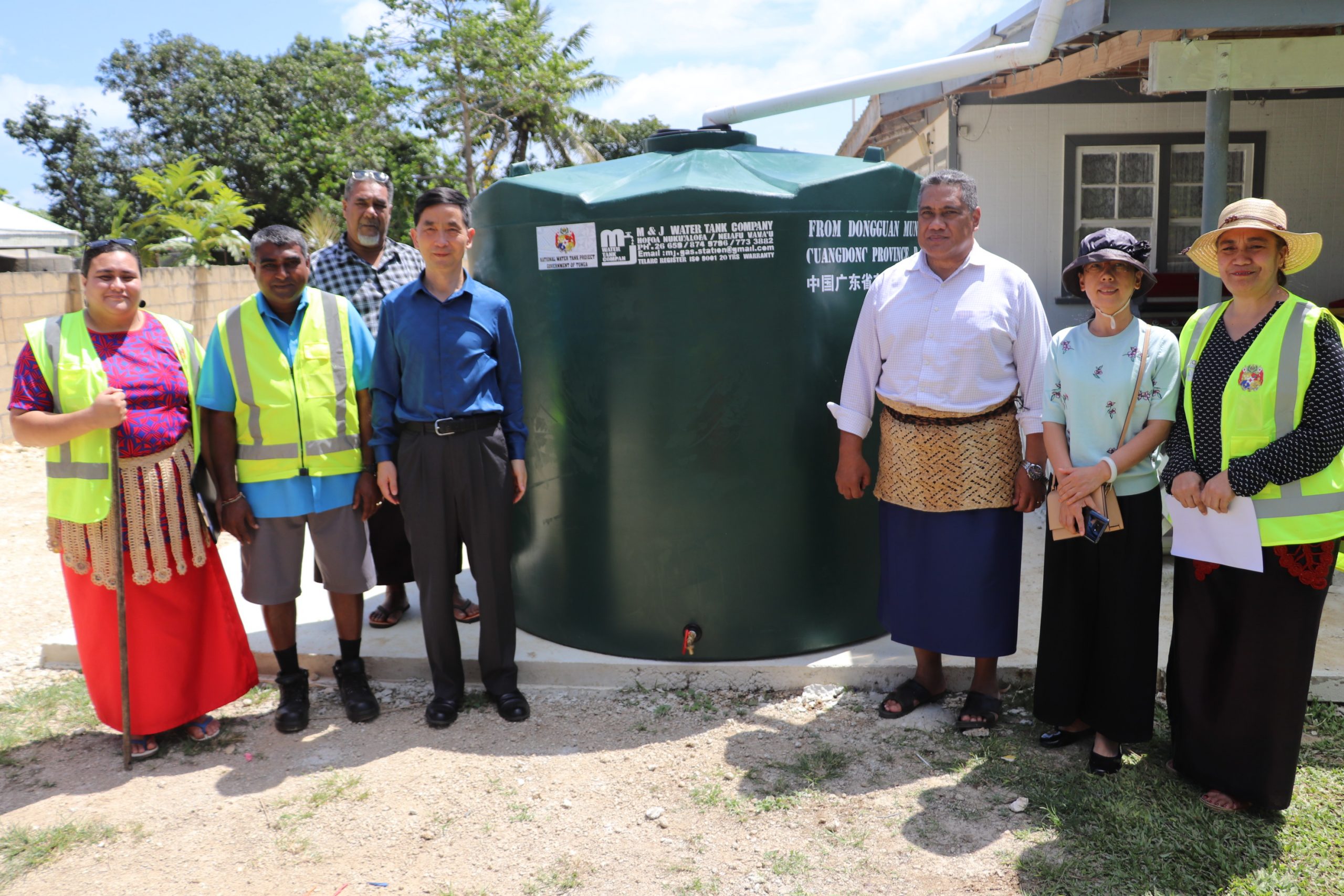