22nd September, 2021 The Department of Climate Change hosted its first-ever ‘National Youth Climate Change Talanoa’ event, on the third day of its 2021 National Climate Change Awareness Week with the theme of “Building a Resilient Tonga” or “Takanga étau fohe ki ha Tonga tuúloa”, to mark the five-year anniversary of Tonga’s ratification of the Paris Agreement.

The Paris Agreement built upon the United Nations Framework Convention on Climate Change (UNFCCC) and for the first time brings all nations into a common cause to undertake ambitious efforts to combat climate change and adapt to its effects, with enhanced support to assist developing countries to do so.

In his welcoming remarks, Mr. Paula Pouvalu Ma’u, CEO for MEIDECC stated that “it is only befitting that the commemoration event of Tonga’s ratification of the Paris Agreement, be centered on youths as not only Tonga’s youths make up one third of Tonga’s total population, but youths today will be the future custodians of our country.” Mr Maú also emphasized that the Paris Agreement is not only a legal document for global greenhouse gas emissions but it is also a profound tool for defending the future quality of life for today’s youths.

The talanoa event brought together thirteen youth representatives from different educational institutions, youth groups and non-government organizations to talanoa about their learnings, perspectives and experiences on climate change as students, employees, entrepreneurs and as young Tongan citizens. 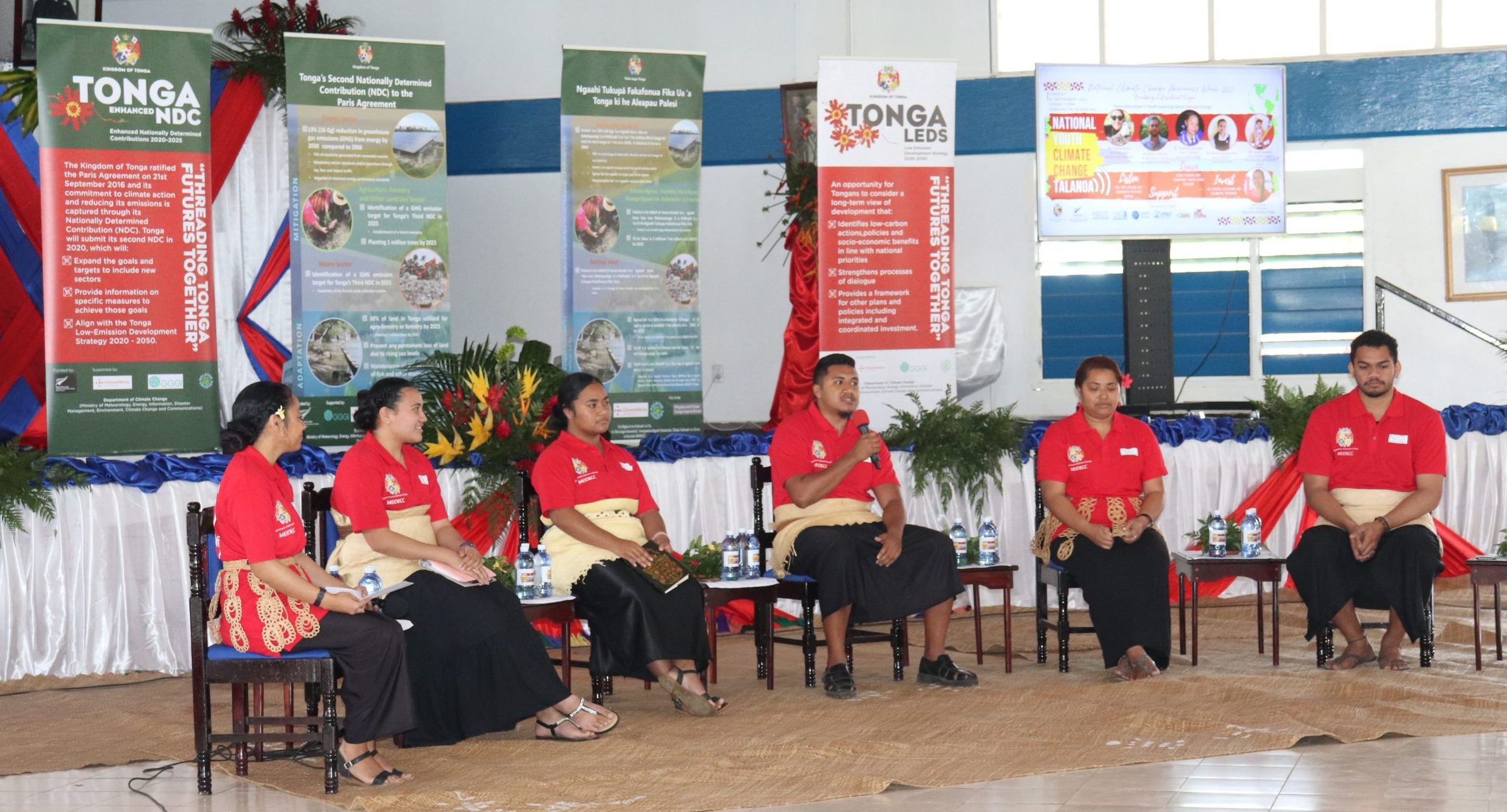 The talanoa event proceeded in three panel discussion sessions. The first panel consisted of students from high schools and universities sharing their views on learning about climate change. The youth panelists it the first panel were student representatives from Queen Salote College, Tonga High School, University of the South Pacific, Pacific Islands Students Fighting Climate Change and the University of Newcastle. 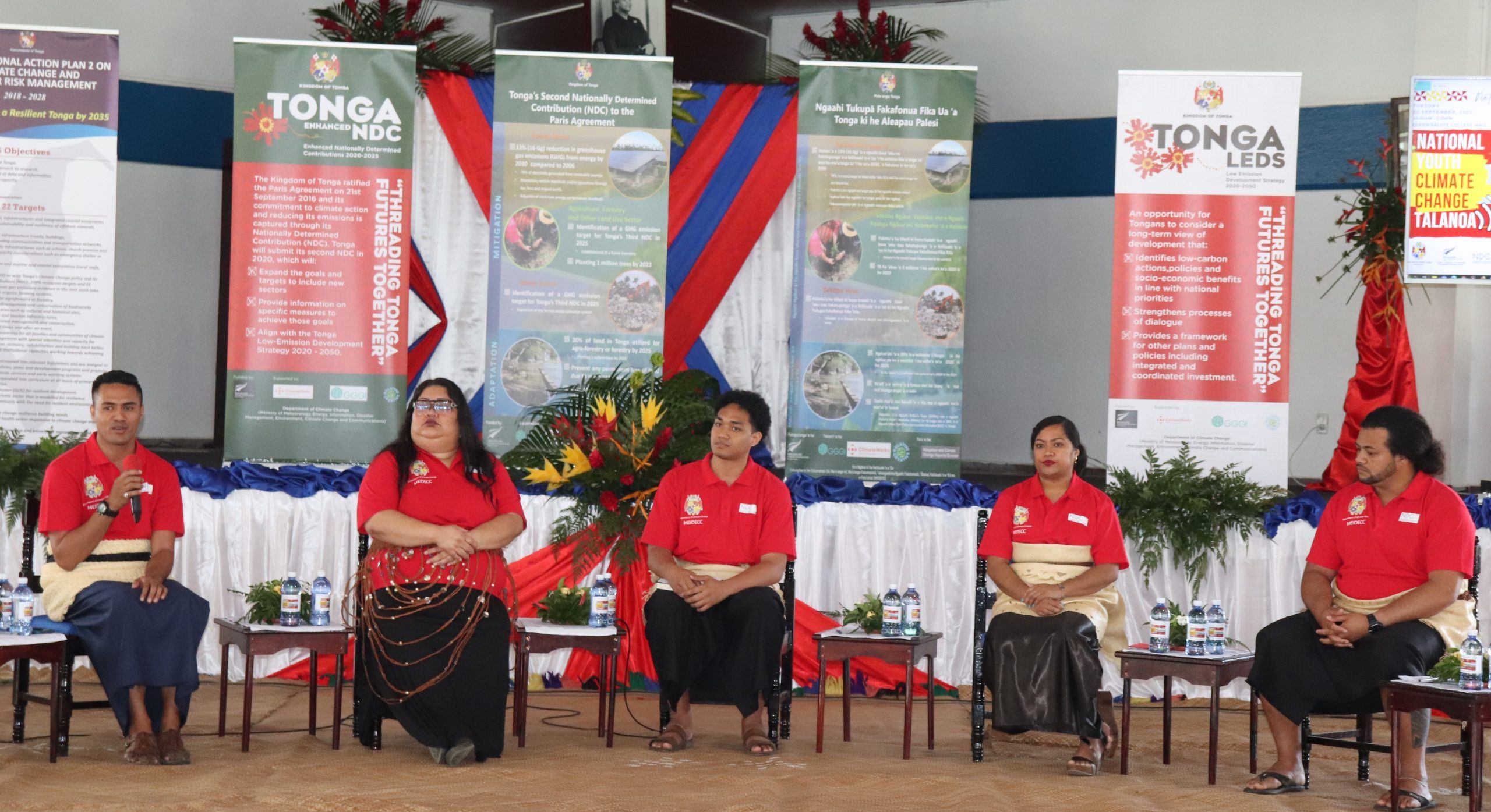 The final panel had youths’ reflecting on their participation in Tonga’s climate change policies and processes. The panelists in the final panel were youth representatives from Take The Lead, Civil Society Forum of Tonga, Tonga Red Cross Society and Caritas Tonga.

The guest of honor for the event was the Minister responsible for youths which is the Minister of Internal Affairs, Honorable Vatau Mefi Hui. In his keynote address, Hon. Hui commended the Department of Climate Change for organizing the event, providing an avenue for youths’ voices to be heard on a significant topic like climate change. Hon. Hui applauded the youth panelists for sharing their experiences, perspectives and suggestions on climate change and the youth’s efforts towards the building of a resilient Tonga. 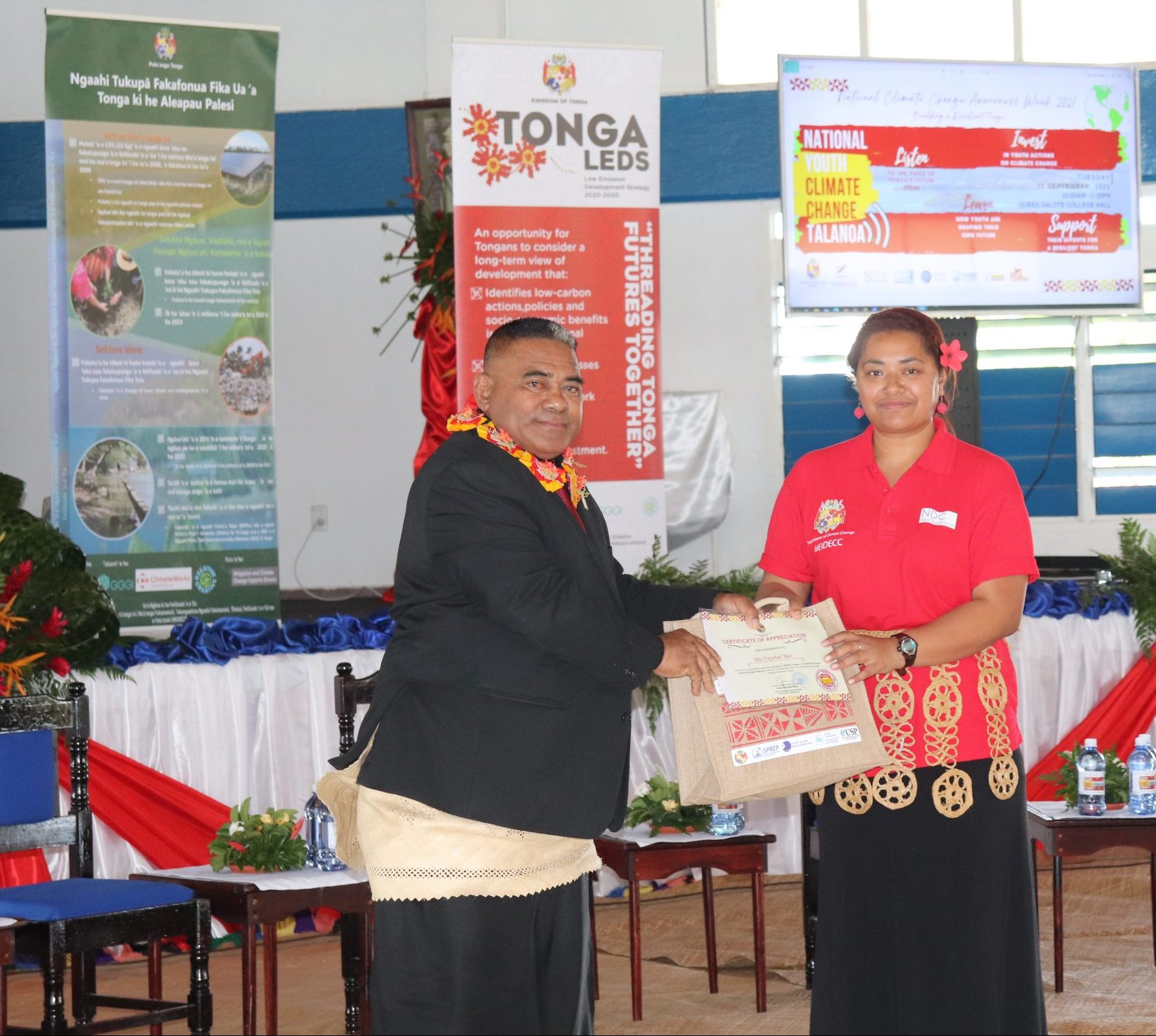 In closing his remark, the guest of honor expressed his hope that “the Government of Tonga, its working partners and donors, continue to empower Tonga’s youths with an enabling environment where youths can be key players in climate actions and collaborations on issues that are affecting youths.”

During the talanoa event, two pre-recorded video messages were also played for the audience. The first was from Tonga’s Youth Representative to the Pre-COP26 Youth4Climate: Driving Ambition’ Meeting in Milan, Italy, Ms. ‘Amelia Veiongo Fa’otusia, resident of Haáteiho, Tongatapu but who is currently pursuing a Master of Environmental Management and Development degree at the Australian National University in Canberra, Australia. The second video was from current Master of Climate Change student at the Australian National University, Ms. ‘Anaseini Kolo Iotebatu, who is a resident of Kolofoóu, Tongatapu but also currently pursuing further studies at the Australian capital. 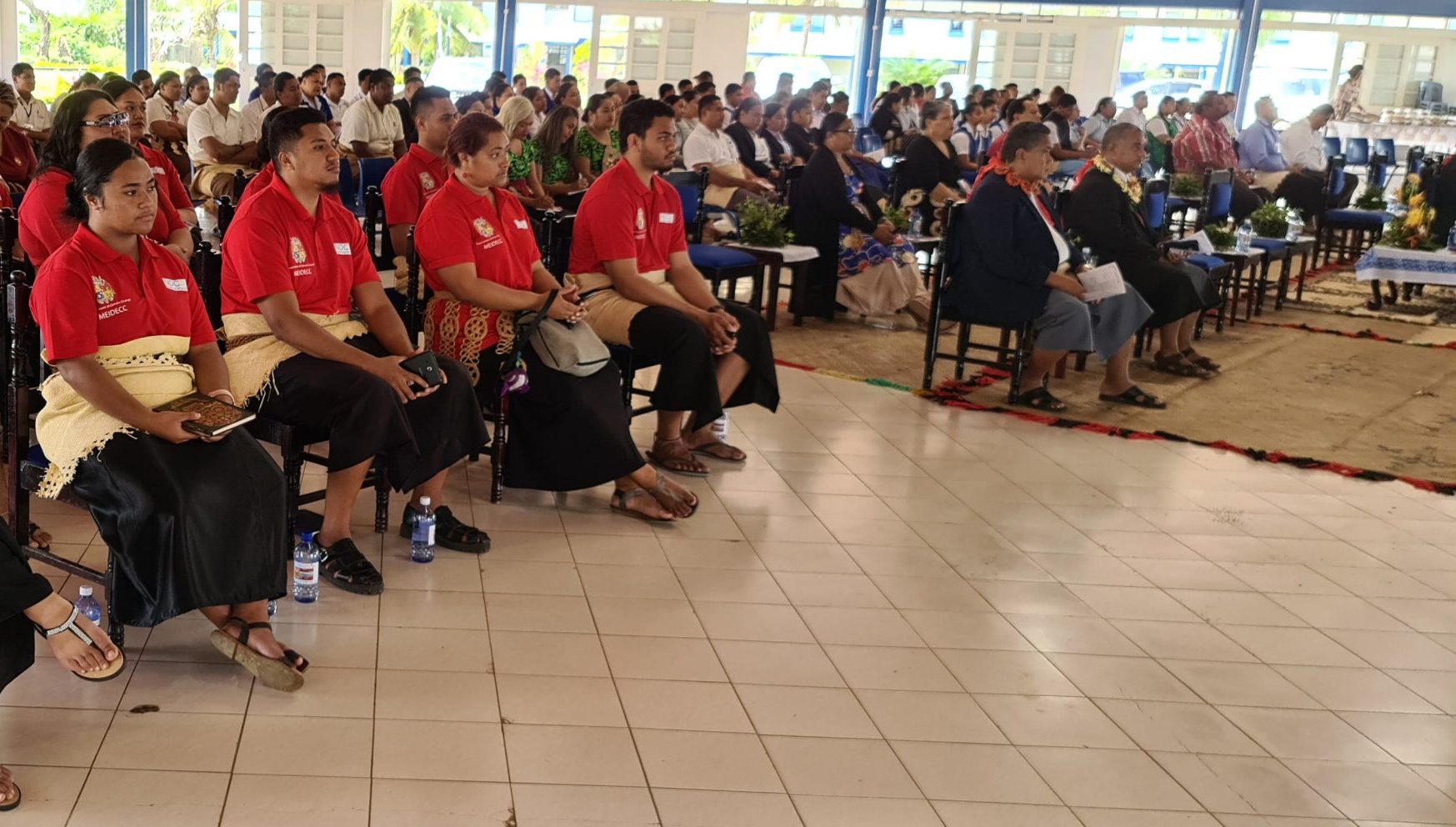 The talanoa event was attended by more than hundred and fifty people from high schools, tertiary and vocational institutions, youth groups as well as families and friends of the panelists, working partners and stakeholders of the Department of Climate Change. 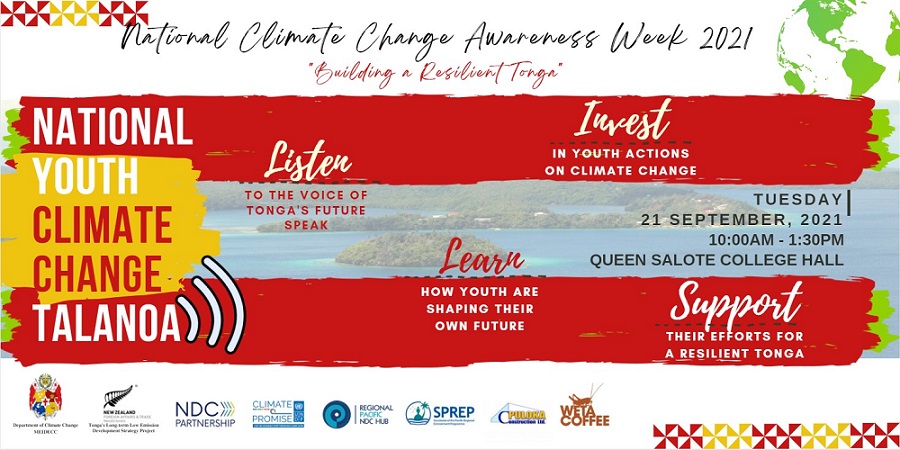