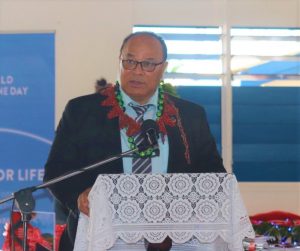 In a pre-recorded statement Hon Dr Tu’i’onetoa said Tonga and other signatories to the Paris Agreement need to reaffirm their commitments to achieving the goal of limiting global warming to 1.5 Degrees Celsius.

“While Small Island Developing States, including Tonga, contribute to no more than one percent of global greenhouse gas emissions, it is unfortunate that we continue to bear the brunt of this climate injustice,” the Hon PM told the UN. 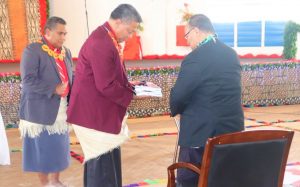 “As a result, the Pacific Island countries continue to be imperiled by many tropical cyclones of unprecedented magnitudes and destructive in nature. The most recent one was Tropical Cyclone Harold in April of this year which wreaked havoc on four (4) Pacific Island nations, namely, Fiji, Solomon Islands, Vanuatu, and my own country, Tonga.

“This is while we grapple with the distressing effect of the COVID-19 outbreak.”

Hon Dr Tu’I’onetoa said Pacific Island Forum Leaders have consistently echoed the need for urgent climate action in their communique, every year, for at least the last 30 years.

This year marks the fifth-year anniversary of the adoption of the Paris Agreement.

“And it is only befitting for us to capture this historic moment through reaffirming our commitment to achieving the goal of limiting global warming to 1.5°C,” he said.

He said Tonga is currently reviewing its Nationally Determined Contributions (NDCs), and its Enhanced NDCs will be submitted to the United Nations Framework Convention on Climate Change (UNFCCC) Secretariat this year.

Though the 26th session of the Conference of the Parties (COP 26) to the UNFCCC that was to be held in Glasgow, United Kingdom, has been postponed to 2021, Hon Dr Tu’I’onetoa said Tonga remains committed to prepare its Long-Term Low Emission Development Strategies (LT-LEDS) which will be communicated to the Secretariat of the UNFCCC at COP 26.

He revealed Tonga’s “Year of Delivery” for powering the sustainable development for our Kingdom through the attainment of 50% Renewable Energy penetration by 2020 was delayed because of the global pandemic.

He said the sudden halt to the market supply chains, has led to a major disruption on Tonga’s NDCs in the achievement of this target.

“However, agreements have been signed for grant funding, by way of public private partnership and the fervent support of Development Partners, will continue to drive Tonga’s SDG7 and its objectives through the composition of innovative technologies such as Solar, Wind, Battery Energy Storage Systems coupled with the Network Rehabilitation and increase accessibility of electricity to the furthest most islands of Tonga,” the Hon PM added.