Climate Change Exhibition Day a success with stakeholders for 2021 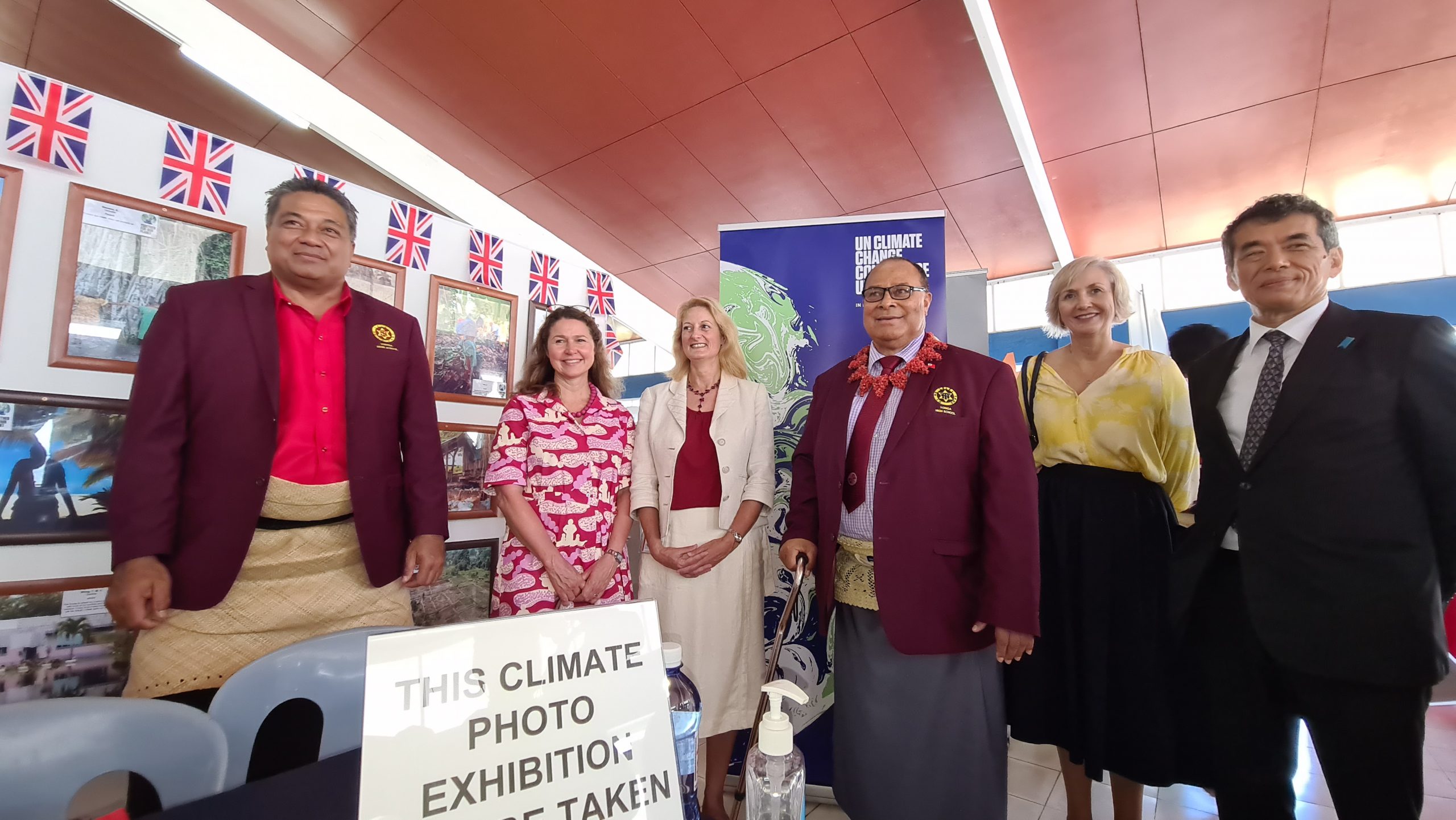 In his welcoming remarks from the Minister of MEIDECC, Hon. Poasi Tei emphasized that Tonga’s climate resilience agenda can only be achieved and driven by “key sectors working together” supported by our donor and development partners which is why the exhibition day presented a great opportunity for donors and development partners to see face-to-face all the contributions from the different sectors.

The display booths featured several innovative initiatives. The energy department for example harnessed the energy from the beautiful Friday’s sunshine using mobile solar panels to power blenders which made fruit smoothies. The waste authority displayed a crafty green glass chandelier made from the beer bottle glass.

After several items from the Tupou Tertiary Institute prizes were awarded to the each of the winners of the Climate Change Week Speech, Video Production & Singing competition. Apifo’ou College having won the singing competition performed their winning melody to the applause of all who attended. The winner for the Climate Change Speech completion, Soakimi Ngaluola – also a student from Apifo’ou College – performed his winning speech which was met with a great applause from all attendants.

The guest of honor was the Hon. Prime Minister Pohiva Tu’I’one’toa who said, ‘it is my sincere hope that we continue to collaborate in unity, harmony and to work together in building a Resilient Tonga for current and future generations. Other notable guests included Ms Lucy Joyce, British High Commissioner to Tonga Her Excellency, Ms. Rachael Moore, Australian High Commissioner to Tonga, His Excellency, Mr. Munenaga Kensaku, Ambassador of Japan to Tonga and Reverend Dr. ‘Asinate Samate, Principal of Queen Salote College.